Richard Koscielak graduated from Saint Valentine’s School and Bloomfield High School and his Mom, Barbara, was a lifelong resident of Bloomfield. As a high school sophomore, his football Coach, Bob Mooney, inspired Rich.  Rich attended Rutgers University and received a Bachelor of Arts Degree in Accounting. He was the President of the Rutgers Accounting Society, elected by Rutgers to Who’s Who Among Students in American Colleges & Universities, and was a recipient of the Rutgers Accounting Program and Rutgers Senior Service Commendation Awards.

In 1981, Rich married Kathleen Buckla, BHS Class of ‘76, his high school sweetheart. They have three children; Kristen, Richard and Lauren. Rich designed and built his first home in Nutley, and later built another home in East Hanover, where his family settled. Rich coached their three children there in soccer, basketball and baseball.

Rich joined the Joseph Poniatowski Beneficial Association (“JPBA”) trading as The Essex Manor in 1975. He served as Treasurer from 1986-1987. In 1988, he became President. During his twenty-eight years as an Officer, in addition to supervising the operations, he designed and coordinated all the exterior and interior renovations. He recommended a Family Activity Program, which included; an Annual Dinner Dance, Annual Picnic, Santa Claus and Easter Bunny, all of which were held at The Essex Manor. Rich received the JPBA “Man of the Year Award”. Throughout its rich 115 history, the JPBA prospered under the guidance of very energetic Executive Committees, that made substantial donations to Bloomfield Schools, Bloomfield United Way, Churches, Hospitals, Charitable, Civic Organizations and the Polish Cultural Foundation. The Essex Manor was home to many fundraisers for local individuals in need.

In 2009, Rich coordinated a Roche Foundation Grant in the sum of $5,000 to the Bloomfield Educational Foundation (“BEF”) for their Science Initiative. This led to future grants from Roche to the BEF. Rich joined the BEF Board in 2016 and put his financial skills to work by re-organizing the financials and presenting a multi-year comparison of funds and accounts to the Board members, to enable everyone to make well informed decisions when voting for annual donations allocations and grants.

Rich also helped coordinate the Class of 1975 Thirty-Fifth Reunion at The Essex Manor. In 2015, The Joseph Poniatowski Beneficial Association agreed to donate $5,000 to the BEF College Scholarship Fund. In 2016, the JPBA donated an additional $15,000 to the BEF College Scholarship Fund. The JPBA also Donated $5,000 to the Foley Field Multi-Purpose Building and $2,000 to the Foley Field Stadium Seats Fund. Rich is currently the East Hanover Knights of Columbus Grand Knight and an active member of the St. Rose of Lima Church in East Hanover, where he volunteers his time for many non-profit community fund raisers. He has also been a dedicated Class IV Member of the East Hanover Land Use Planning Board for the past 10 Years. 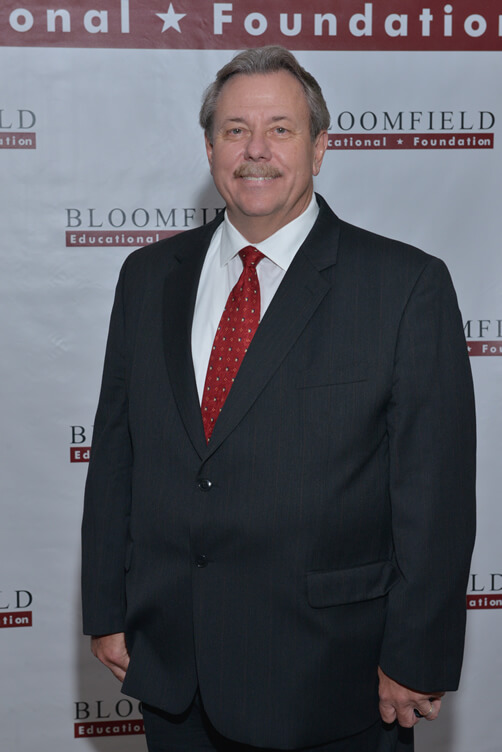