Bob Fetterly was born and raised in Bloomfield and graduated BHS in 1971.  His mother, Virginia Flannery Fetterly was Class of 1949 and his children Amanda ‘97 and Joseph ‘00 are graduates of BHS.  Playing on the BHS State Championship basketball team brings great memories to him.

In 1980 Fetterly founded Reliance Graphics, which has become one of the leading Election Ballot printers serving several states in our area.   A graduate of William Paterson College ‘75 he swam on the school swim team and currently serves on the WPU Foundation Golf Committee. Bob also serves on the Board of Directors of Team Walker, which is a non profit after school program serving the youth of Jersey City.

Fetterly is married to Wendy Arnott and they have five children and eight grandchildren and they, along with Seton Hall basketball, golf and the beach, occupy their time.

“The Bloomfield Educational Foundation has kept me in touch with BHS. The scholarships and programs supported by the Foundation are making a difference for the students in all the schools.  It is a privilege to serve with others on the Board who care about the same goals for the township” Fetterly said. 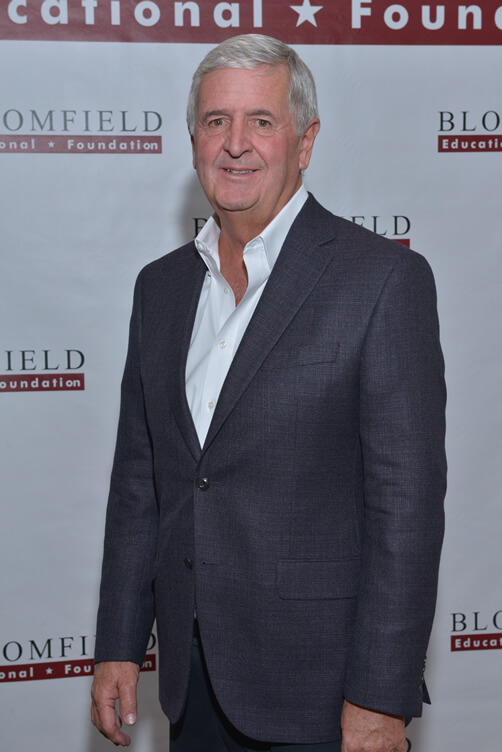